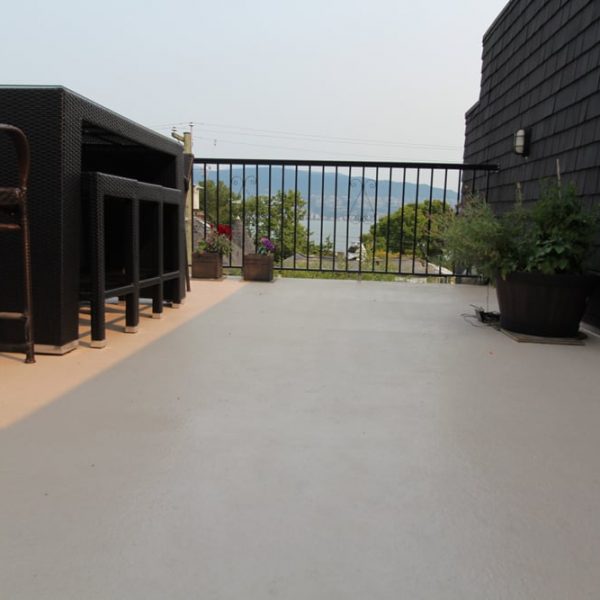 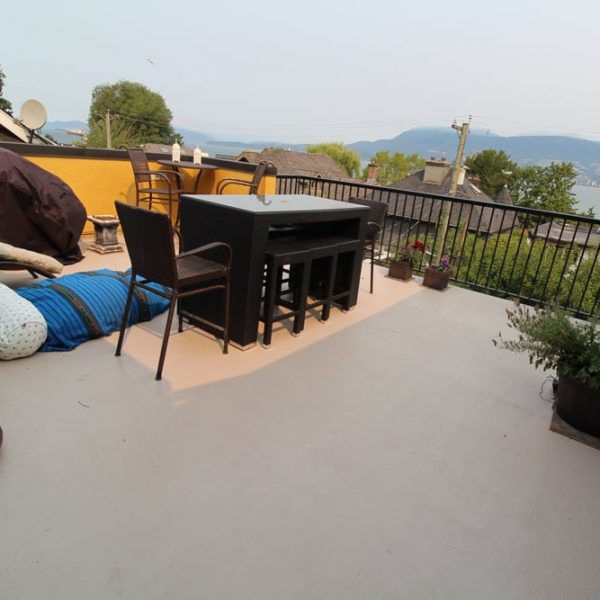 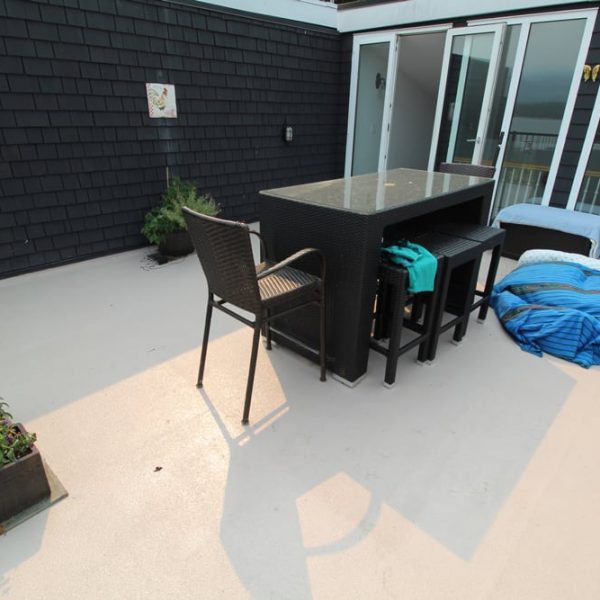 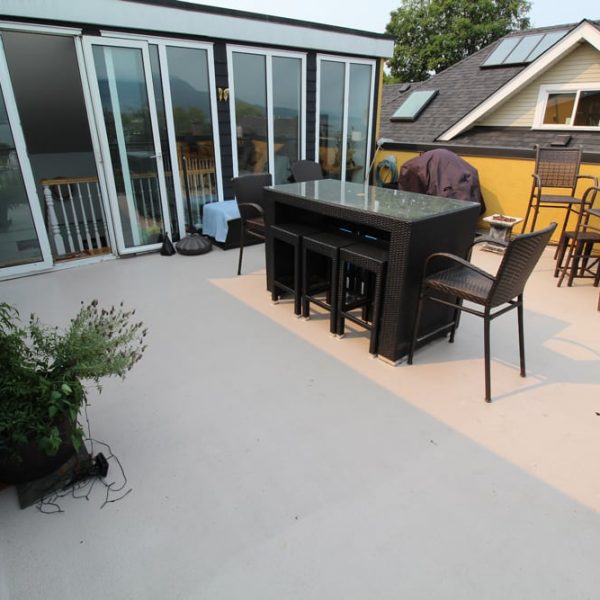 The Mahons have a large rooftop deck that overlooks English Bay. The deck has three separate bi-fold doors that provide access and a magnificent view from the interior. When their vinyl decking membrane became worn and in need of replacement, they set out to find a reliable contractor to update the vinyl.

Paul from Citywide Sundecks met with the couple to discuss their needs and evaluate the rooftop deck. Paul explained that if he were to replace the vinyl membrane, he would need to remove the three doors and run the membrane beneath them to fully waterproof the deck. While the Mahons understood the importance of waterproofing, they had issues with the seal on the door frames at installation and were hesitant to pull them out again.

In response to their concern, Paul presented the option of applying a liquid membrane over top of the existing vinyl membrane. After discussing the implications, the Mahons were on board for the plan. Paul provided them a detailed quote and work began shortly after.

With the added texture, their new deck surface is waterproof and slip resistant. The flexible urethane-based membrane will last for years — perhaps longer than the three doors. 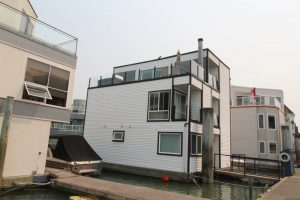 Citywide Waterproofs a Houseboat With Duradek 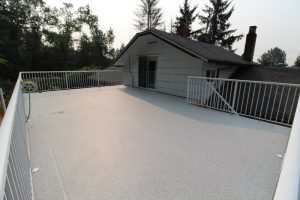